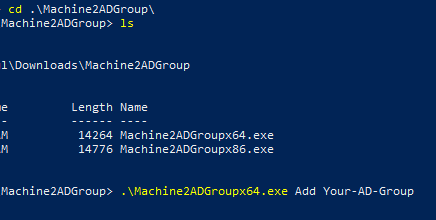 This command line application helps in adding or removing the current computer system to a Active Directory group. Syntax: The following command will add the computer to…